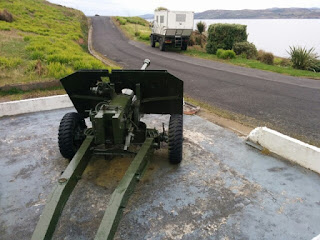 We had to cover some ground today as the ferry back to Scotland looms large. In spite of the impending rush, we had a fairly lazy breakfast to try to extend our time as much as we dared in the remoteness of the Connemara. We even stopped at the visitor centre on the way past and it was an entirely different beast today. Post-Easter weekend there was hardly anyone there. It's an elaborate facility and it was good to read a bit about the tough life of the people that historically eeked out an existence living in such a desolate and unforgiving place.

After the bog-trotting, it was all about the drive; we still took in some brilliant scenery though and in spite of the miles the day was not unpleasant.

A quick mention of the less abundant birds spotted over the past few days both from the cab and whilst generally bumbling around. We've seen a good few siskins, a merlin, linnets in good numbers, a flock of about 20 whooper swans and a good few grey wagtails.

Tonight's overnighting spot is a strange place (coordinates) on Dunree Head. It's an abandoned fortification with lots of buildings and a collection of artillery exhibits that's seemingly half semi-natural museum and half adventure playground. There's a visitor centre and coffee shop but all was closed on our (quite late) arrival. A pity, really as it looks like it's worth exploring.

The views out to sea and over Lough Swilly and beyond to the Atlantic from the head are brilliant and I spent what remained of daylight just gazing out. I didn't see anything rare but did see a porpoise and hundreds of sea birds. Ravens also live here. It was interesting to see groups of a out a dozen razorbills swimming and then diving in tight formation, presumably corralling fish. The attendant gull and gannet feuds when the razorbills resurfaced seemed to indicate it was a pretty effective hunting strategy.

One ingenious thing we came across on the road was a countdown timer on  temporary roadworks traffic lights. Whilst the lights were showing red, the amber light displayed how many seconds it would be before the lights turned in our favour. I'm not quite sure why, but it makes being held at a roadworks red a much more tolerable experience.