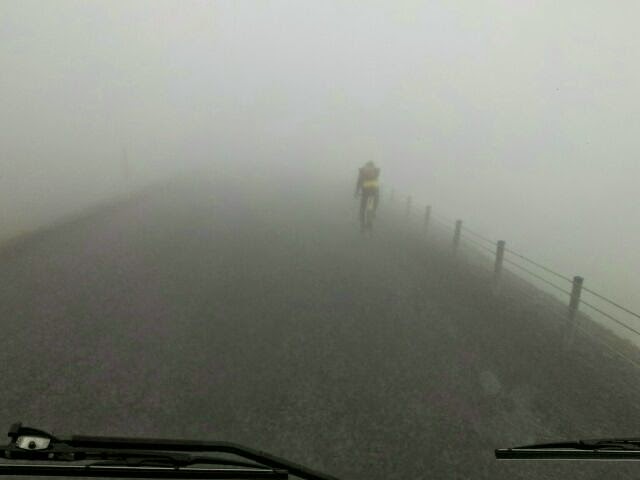 The short drive to the port over the one last high pass should have been a simple affair, but Iceland held one last trick up its sleeve in the form of dense, low cloud. What should have been a steady 30 minute enjoyable panorama turned into a bit of an epic with visibility down to about 20 metres at times. Throw in a road with no central white lines, precipitous drop-offs and a ferry to catch... Fair to say the journey could best be described as 'interesting'.

We made it though, and are now Faeroe bound. There were again good numbers of full-on overlanding vehicles at the port including half a dozen trucks.

Iceland, as should be obvious from my prattling on, is a truly awesome destination for anyone whose interests include geological processes, landscapes, natural history, adventure, and overlanding. You do need to be able to travel independently though, and ideally need to be able to access the four-wheel-drive-only roads to get to some of the gems. A non-independent trip based in Reykjavik might be very dull; in more ways than one...

Cultural components are only of casual interest to me so I really don't know how interesting a destination Iceland would be for anyone interested in the anthropocentric side of things. We seem to have done a good job of surviving hardship, deforestation, killing one-another, and slaughtering whales, if that helps any.

No way is this a simple 'been-there-seen-that' destination for us; we're already idly fermenting a new must-do list for an inevitable return.