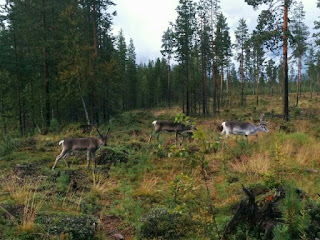 First, thanks to all who saw on the blog that we were having issues and who've sent messages of support and offers to help.

A public thank you also to those I've emailed today - you've been a fantastic help.

I tried a few more bits and bobs revolving around bypassing some potentially troublesome fuel fittings and fitting a new fuel filter but in spite of the fuel system apparently bleeding alright the engine just will not start. It doesn't even attempt to fire. I'm reluctant to keep stabbing in the dark as I don't want to flatten the batteries.

We're still at last night's co-ordinates, on a  track that leads to a birdwatching tower and recreation area that's popular with locals. The very first dog-walkers here that I asked for help (a husband and wife - both teachers) were absolutely fantastic and immediately started a ring-around on our behalf. They established that there's a mechanic (just one) in town who may be able to help - but he's away until Monday.

Long story short, he's our great hope. We looked at the possibility of recovery through our insurers (A Flux) and though we would have been covered in Sweden, Finland is excluded from the policy. The Flux recovery only entails being towed to a garage that should be able to fix the problem but we'd have taken that option in a heartbeat. Flux can arrange recovery in Finland, if needed - but at a cost of £400.

The very kind people who did the original ring-around returned sometime later to see if we were OK and upon hearing of our Swedish recovery option immediately tried to lay the foundations for us to be towed to the border. They found a local man with heavy recovery gear that said he could do it, but at a cost of 750 Euro.

And so, we're here until Monday whereupon a meeting with the mechanic that might be able to help will at least give us some direction.

I forgot to mention, because of the stress yesterday that just before things started to go bad, we'd both been for a run in the forest near the spot where we were originally set to camp. It was a nice place and was packed with wild reindeer (pic). I was also lucky enough to see a flock of bramblings there (Emma missed them).

It was whilst levelling up at this spot that I sensed the truck wasn't well and decide to bale to civilisation. It took an age to restart and that was the last time it ever did. If we'd have overnighted there, we'd have been in an altogether bigger pickle.

To try to take our minds off things today, we've spent some time watching birds and have seen the usual suspects in good numbers. We've also seen a weasel (or maybe a very young stoat) very close to the truck.

This ordinarily wouldn't be a big thing but it's ironic that in spite of trying pretty hard in very remote areas, birds and mammals have generally eluded us in Finland. They've been more prevalent around this town than anywhere else in the country we've seen.

We've also had a spin out on the bikes this afternoon, again, it helped to take our minds off things. During the ride we explored the town. It's called Kittilä and it turns out it's very geared up for tourism. The speciality is winter sports and the infamous Lapland 'winter wonderland' type holidays. There are coffee shops, museums and a hotel here, as well as the workaday stuff to support the native community.

Of all the places that we've been where we could have been immobilised, this is most definitely not the worst.