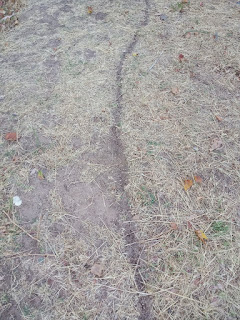 Blogging at 22:15 on Tuesday 26th July from N 42.02386°, E 08.90955° / http://maps.google.com/maps?q=loc:42.02386%2C08.90955
We'd noticed yesterday, whilst approaching the general area of Toulon, a few scenes redolent of England. There was quite a lot of litter about and also more than a few fly-tipped mattresses and such. It was all a bit disappointing, really; and not quite the côte d'azur we'd anticipated... or of holiday brochures. The general trend continued after we'd gone to bed last night with many a dog left constantly barking and more than a few sites of raucous jeering and barbecue-on-a-hot-day-in-England type noises emanating from the 'burbs. It was all a bit like a balmy summer's evening around Doncaster, but with cicadas. We'll not be rushing back.
An early start saw us on the dockside by 7.00am, even though we'd originally made a mess of directions and been shuttled through an incredibly busy tunnel more than 2km in length that basically seemed to run under the entire city.
The dockside was pretty chaotic and we were surprised by the sheer numbers of vehicles waiting to head over to Corsica. They were mostly cars but there were also a handful of motorhomes and campers, too. Most of the people frustratedly stop-starting and jostling for position whilst being constantly and half-heartedly gesticulated back-and-forth around the quayside were French, with just the occasional Benelux representative to break the monotony.
The ship we were on essentially forms a purely passenger-service (i.e. no freight) and as a result there were some pretty tight situations loading the truck, not least having to be guided by a security officer under the massive ropes tethering the ship to the quay - under which we happily fitted, but with only a couple of inches to spare.
The ship itself was big but disappointing in its provision of outdoor space. Basically, this extended to only about 200 square metres of outside deck and 199 of these were taken up by people either working at keeping their dogs happy, smoking, or generally breathing COVID into each others faces. We stayed in our cabin.
Disembarking was even more chaotic than boarding with no useful instructions forthcoming and a really late opening of car-deck doors: meaning just about everyone on the ship was left feeling massive time pressure and so, quite understandably, all wanted to be on the same claustrophobically narrow staircase at the very same time... in a pandemic. Clownshoes.
Decanting on to the main roads of Ajaccio did nothing to ease frustration. It was uncomfortably hot and we were straight into tea-time gridlock. At least this allowed us a bit of time to take in the surroundings a bit. We concluded, pretty quickly, it was affluent and most definitely the birthplace of Napoleon Bonaparte.
Once clear of the city we pretty much dived towards the first likely looking map features that might provide an overnighting spot: and that's where you now find us. It's shady, there's a bit of breeze and a bit of scrub-land to look out over.
Close by is the spectacle of a genuine army of large black wood ants, all tirelessly and dutifully tracing the same line back and forth. There are tens of thousands of them and such is their footfall that they've denuded the grass they're trudging through and have left a moped-tyre-wide track wherever they've foraged (pic). Some of them are carrying bits of vegetation at least four times larger than themselves.
As night descends we can once again hear random dogs barking around and about and throughout the evening we've been aware of the distant movements of what sound like highly tuned car and bike engines. Some Corsicans at least seem to be into their motors.
One other observation: for the first night in a few, now, we're not accompanied by the screech of cicadas. It's a shame on many levels, not least that they might help drown out the infernal barking dogs.
Sent from my mobile device
Posted on: Wednesday, July 27, 2022