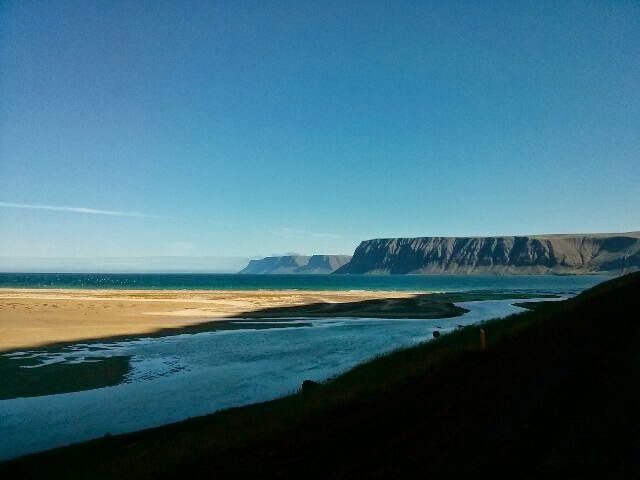 As we thought, today has been dominated by driving, though we broke it up a bit with one of our frequent fuel stops and a grocery shop.

About food - it's occasionally possible to buy a few essential groceries at small cafes/shops that sit alongside otherwise forlorn looking fuel pumps but this arrangement is not all that common and in cases where a shop/cafe does exist, choice is extremely limited and they are expensive. It's way better, choice and price wise, to stock up when in the few-and-far-between larger towns. There are even a couple of recognisable-from-the-UK chains here. In supermarkets, things are generally a bit more expensive than the UK but not eye-wateringly so.

About fuel - once out of the few larger towns, fuel stations are often just a single pump and a patch of concrete. They are unattended with absolutely no frills other than a single sign indicating which company runs the site. Everything is chip and pin and it's impossible to pay with cash. They are not particularly common either and it pays not to get into a situation where you are running low.

Though food and fuel need a bit of thought and planning, please be reassured that it's possible to buy balls of high quality Icelandic wool absolutely everywhere.

The drive north, though principally just a ground coverer, was by no means unpleasant. We passed through some super vistas and still managed to see a good deal of wildlife including four red-throated divers, a first for me. We also saw a huge flock of whooper swans, Emma counted 150 but reckoned there were even a few more than that.

As per the coordinates shown (tonight's stop), we're about to enter the rugged and sparsely populated north western fjord lands. The landscape already looks very different to the Iceland we've so far seen, it's comparatively lush (thanks to 'real' soil), appears more glacially rather than recently-volcanically influenced, and generally looks more earthly: not dissimilar to north west Scotland at a casual glance.