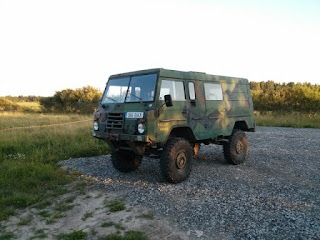 The Örebro area continued to impress. This morning, an early start with the scope brought some good sightings including hundreds of greylags, yellow wagtail, ringed plover, redshank, common sandpiper and a solitary grey plover in breeding plumage presumably using the marshlands as a refueling stop on its way from the Siberian coast down to more benign climes in the west of Europe. I vaguely wondered if I might even see the same bird again out on the Humber estuary over this coming winter. On the flipside. I doubt it cared much for my thoughts.

And then the parkrun. It was brilliantly organised and marshalled, and the course - taking in, as it did, the tracks around the reserve - was a real stunner. The organiser gave the briefing in Swedish but then repeated key information in remarkably colloquial English. As it turns out, he was born and raised in Birmingham...

We were given a very warm welcome by all the runners, as was another visitor, a gentleman in his 60s from a town about 20 miles south of Dublin. We had a brief exchange and it was great to hear his soft Irish lilt after the unfamiliar accents of the past few weeks. Fortunately Emma was able to translate from Irish English to actual English - it turns out he was a keen and well-toured parkrunner and we shared tales of the fabled Bere Island event. He was working up to taking on Bere Island's unfathomable and organic logistics by doing simple events like Örebro.

Post run we made ground in the rough direction of Malmö, our next ferry port. It's been good to see the usual array of unusual Swedish vehicles again including fastidiously presented huge trucks pulling a combination of trailers up to what looks like about 90 feet and a huge and diverse mixture of customised / hot-rodded / restored American cars. There are definitely a lot of petrol-heads here.

Other interesting sightings-while-driving have been a garage selling ex-military vehicles, including lots of the same vehicle as in the pic. I don't know what these are but they look to have great potential as a small overlander. Also, Emma chanced a glimpse of an elk browsing at the edge of a woodland. There are signs everywhere warning of elk on the road but they're unfeasibly hard to spot. I suspect most sightings are made by hunters, or by unfortunate motorists just before impact. No wonder they keep their powder dry: who'd be an elk.